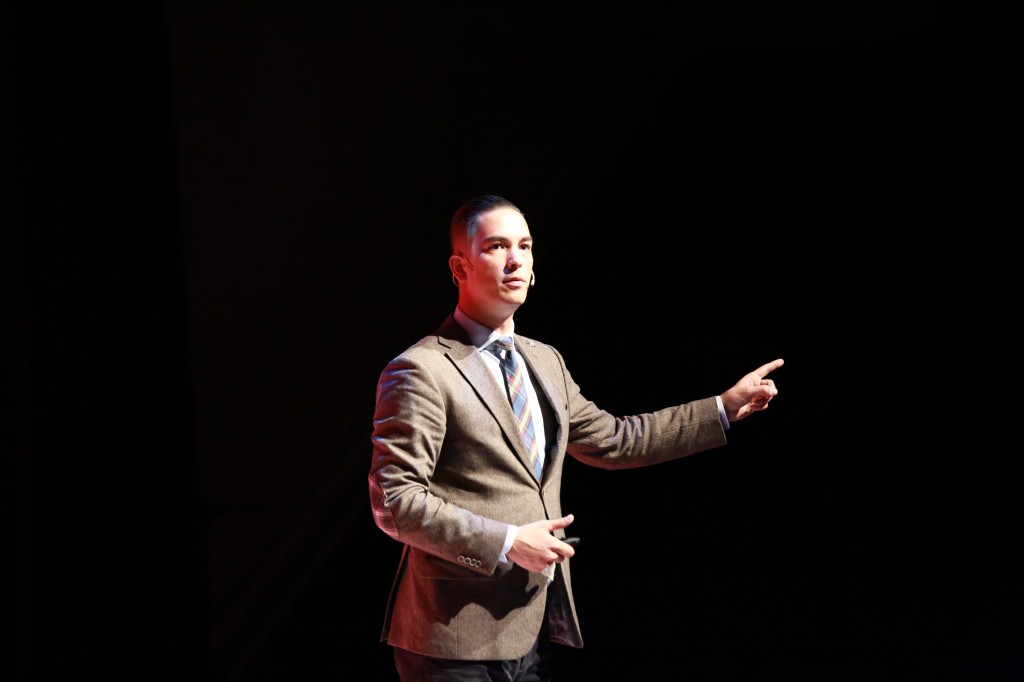 “There is a huge gap between why people think they behave the way they do and the actual reasons,” says Roland Dietvorst. At the NeuroLabs research facility in the Netherlands, neuroscientist Dietvorst and his team use neuroscientific methods and models to search for new and better ways to comprehend human behaviour. “We use EEC to monitor fast neural responses in the brain,” he explains.

It is the very fast, subconscious processes in the brain that rule most of our behaviour. But even without any fancy equipment, Dietvorst can engage the audience in some experiments. For example, the audience is exceptionally quick at rating the competence of US congressional candidates, based on photos of their faces. “In under one second, you have correctly predicted the election outcome.”

“When asked after the fact, people come with all kinds of post-rationalizations, but it is very difficult to account for, let alone predict our own behaviour,” says Dietvorst. The majority of the audience indicated they would give less money to a charity if the person collecting was wearing a shirt with an expensive logo. A study showed that, in fact, people donated twice as much. “Our subconscious mind reacts to the expensive logo and we start to show compliant behaviour,” explains Dietvorst.

It is the reward centre of our brain that rules a lot of our behaviour. “That is an ancient part of our brain if we look at evolution. It competes with the new part to determine behavior, and what happens in that old part of our brain, happens outside of our consciousness.” Dietvorst has even more amusing examples. “Would you prefer fifty euros now or eighty euros in three months time?,” he asks the audience. Research shows that men shown photos of beautiful women, want instant gratification and would therefore always choose to receive the fifty euros now. It’s the ancient brain talking.

At his research facility, they look at the effectiveness of commercials. And guess what? If the commercial tickles the reward part of your brain, it will work and make you buy the product. It is the same principle that makes it so hard to get people to stop using social media behind the wheel. Getting positive feedback on our personality – likes on facebook, for example – works on the reward centre too. Dietvorst’s conclusion: “Rationality only plays a minor role in our behaviour.”

TEDxDelft 2015 | Suzanne Ma | Striving to become a ‘newcomer’ TEDxDelft Women | May 29, 2015 | Coming soon
Scroll to top
We use cookies to ensure that we give you the best experience on our website. If you continue to use this site we will assume that you are happy with it. OkRead more