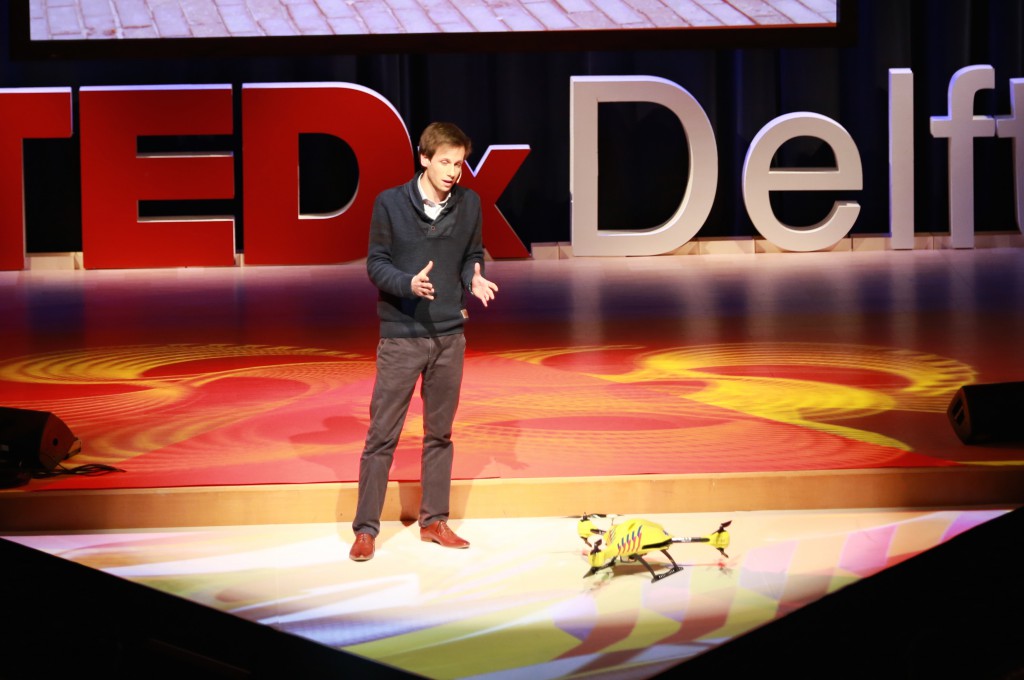 Using technology for the greater good of mankind is what Alec Momont stands by. Having graduated as a product designer from TU Delft, Momont’s project became viral across the globe. For his final project, Momont designed a defibrillator-fitted ambulance drone, capable of saving lives. His invention opened a new door in emergency response and succeeded in showing the world his vision of using drones for a valuable purpose.

Explaining his concept on TEDxDelft stage, Momont demonstrate how his ambulance drone works. “This is a new way for emergency response based on a decentralized network. An idea that can increase the survival rate,” explains Momont. Drawing lessons from one of his friends who had a cardiac arrest, Momont ascertained the timely need for medical attention during such situations. His defibrillator-fitted ambulance drone can help mitigate the delay in supply of medical equipment to emergency locations by decreasing the response time.  “While working on this project, I had a knee surgery. However the commitment to achieve my mission towards saving lives kept me driven,” Momont says.

Be that as it may, patenting his idea was not right according to Momont. “What I wanted to do is to create an actual impact,” Momont claims, “an idea worth as much as implementation, create more of these products with experiences that have an actual impact in life.” His motivation is to have a vision or an idea and to recognize the need to take it to the next step.

Concluding his talk in a thoughtful way, Momont says, “Why you do is more important than what you do and once I knew this, I was able to make right decisions. The lesson I learnt from my own project -the moment the drone knows where it has to go- [has allowed] me to go towards my destination.”

TEDxDelft 2015 | Yuri Verbeek | Finding inspiration in the ordinary TEDxDelft 2015 | THANKS FOR COMING! | Now, Go and Make Things Beta!
Scroll to top
We use cookies to ensure that we give you the best experience on our website. If you continue to use this site we will assume that you are happy with it. OkRead more