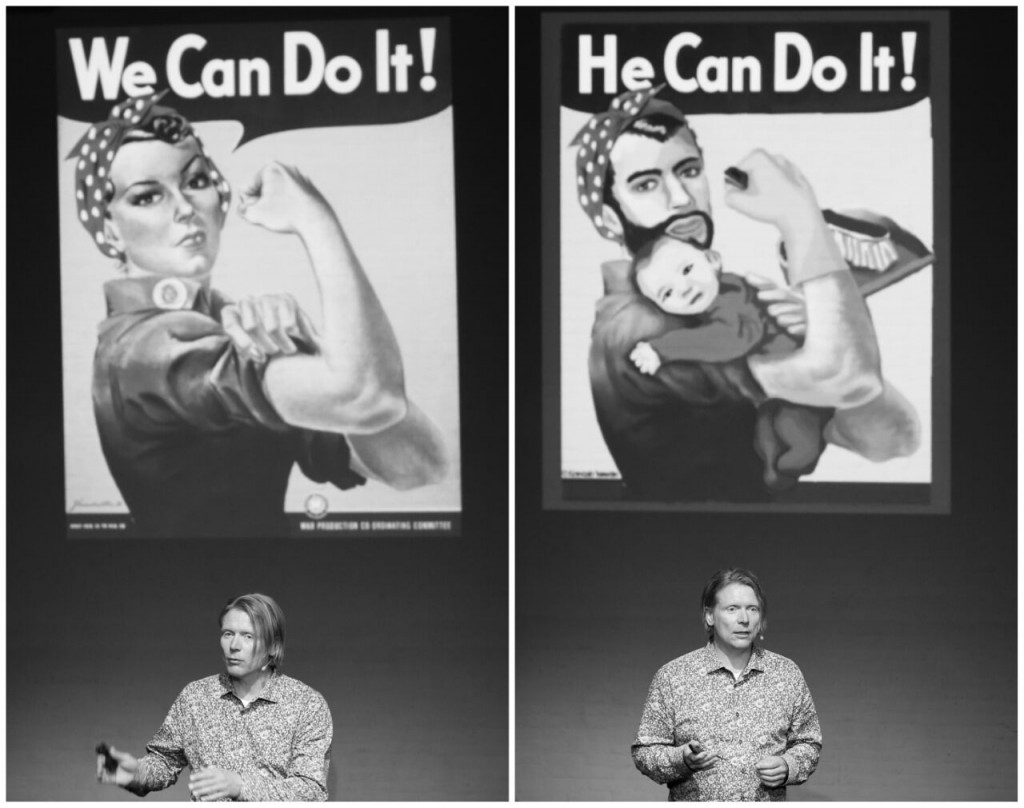 “I’m a man. I’m a feminist,” says Jens van Tricht. As an idealist, gender equality advocate and pioneer in the field of Men and Masculinity, Van Tricht believes that feminism is good for men.

Twenty-five years ago, Van Tricht was an activist, fighting on the barricades against every kind of injustice you can think of. It was during those days when he lived as a squatter that he got inspired by feminism and criticized the patriarchal system as being the status quo. The many conversations he had with his housemates (four women and one other man) made him realize that more often that not, it’s men who cause problems. And also it’s men who profit most from problems. In the end, feminism inspired him to find ways to help society change.

According to Van Tricht, women had no intention of heading back to their traditional roles after taking over men’s jobs during the Second World War. Women claimed equal rights, claimed and gained a right to education and political decision-making.

However, dominated by the patriarchal system, feminism has also lead to hypermasculinity. “We lost something along the way, a part of femininity that was appealing,” Van Tricht claims. Reminiscing about his activist-days, Van Tricht tells us that he and his friends were not allowed to be emotional with each other. As men, they were not allowed to access their femininity.

As a result, Van Tricht argues that society needs a revalidation of feminine qualities. People need to get connected, be communicative in relation with each other and be caring. “Feminism is good for men, because it liberates the femininity in men.”