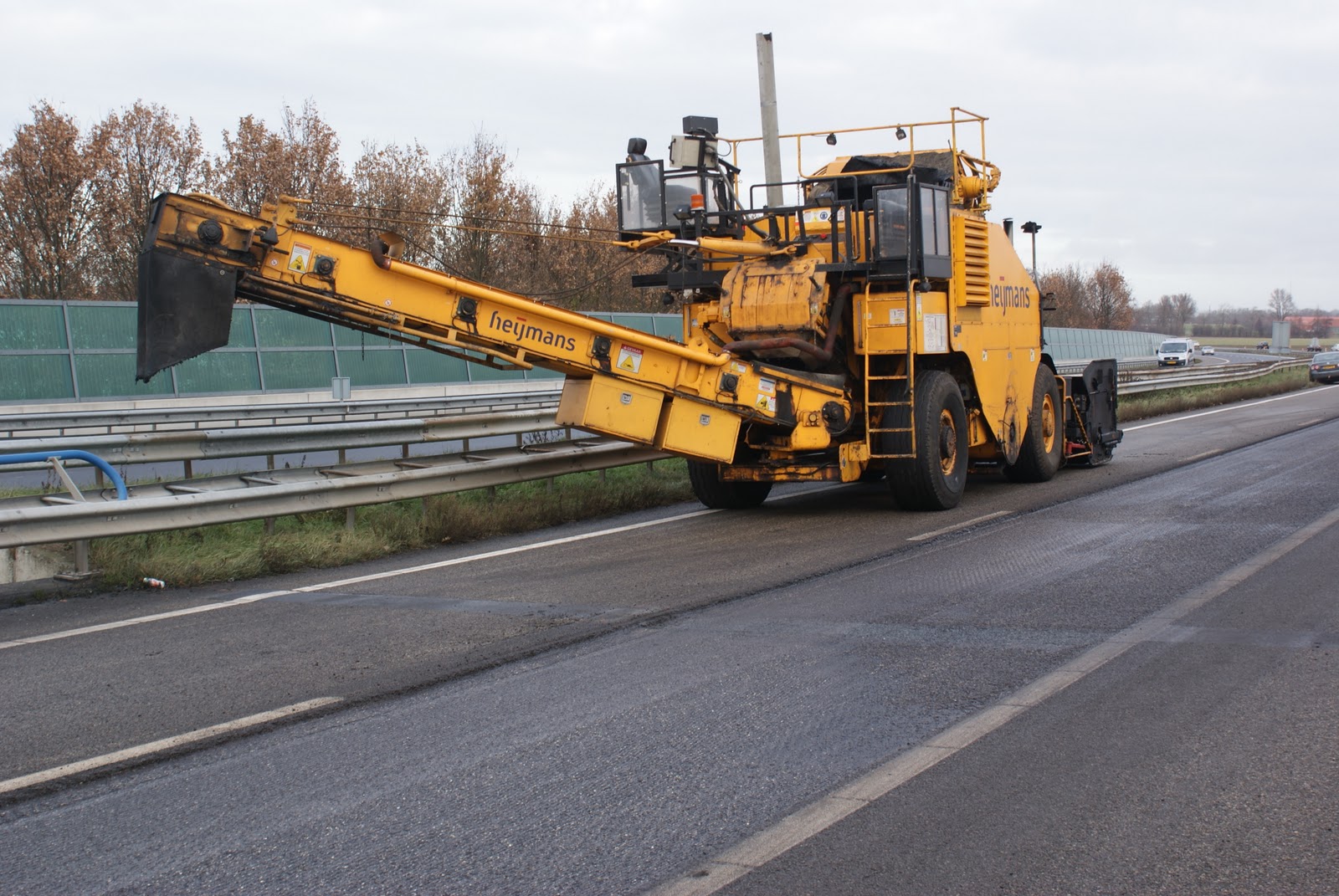 Self Healing Asphalt in practice

Erik Schlangen looks at cracks in buildings and roads, and considers the material to be ill, not broken. And the ill patient can be healed, as long as initially he contains some simple tricks.

In utter silence, a scientist in lab coat shows up on the TEDxDelft stage, and then there is also a lot of smoke around his small lab setup – you would think Professor Barabas has walked out of your childhood comics. Still in silence, a sample of asphalt broken in two pieces is put in a microwave.

And then we learn what is going on. Regular asphalt has two main disadvantages, Erik explains: water stays on the surface, resulting in splash water and puddles, and driving over asphalt results in high levels of noise, which is a disturbance in a densely populated country like the Netherlands.

Luckily, a solution was found by developing ZOAB (very porous asphalt concrete). As the name says, it is a very porous material, which means that water can drain right through it, and it also works as an insulator for the traffic noise. The architecture of the material is that it is mostly aggregates (stones), with a very small layer of bitumen keeping the stones together. If you want to know more about asphalt, and how it is made (explained with wonderful cartoons), check out this TEDx talk by Dr. Niki Kringos:

The advantage of the ZOAB is however closely knit to its disadvantage: it wears out easily. The layer of bitumen shrinks, cracks and ultimately causes the connection between the stones to get lost. Raveling occurs, stones come off the surface of the road and can damage your windshield or create potholes.

However, with some smart tricks inside the material, the service-life of the roads can be doubled. The brilliant idea is to mix steel wool fibers into the bitumen. Steel conducts heat very well (compare to placing a steel pan on a stove), and if you add steel fibers to bitumen, the road can be repaired by using heat. Under the influence of heat, the steel fibers will warm up, and melt the bitumen again such that the cracks disappear, and the road is ready for a second round.

After extensive testing in the laboratory, it turned out that a road from self healing asphalt can be used twice as long without needing replacement if it is heat-treated (with an induction machine) every 4 years. With the simple trick of adding steel wool fiber to the bitumen, the government can thus save a lot of money.

The performance ends as it began, with the focus on the lab on stage: the asphalt sample in the microwave is ready. And then the moment of truth, when Erik only holds the top part of the specimen: yes it works, the asphalt specimen that was broken into two parts looks as if nothing happened!