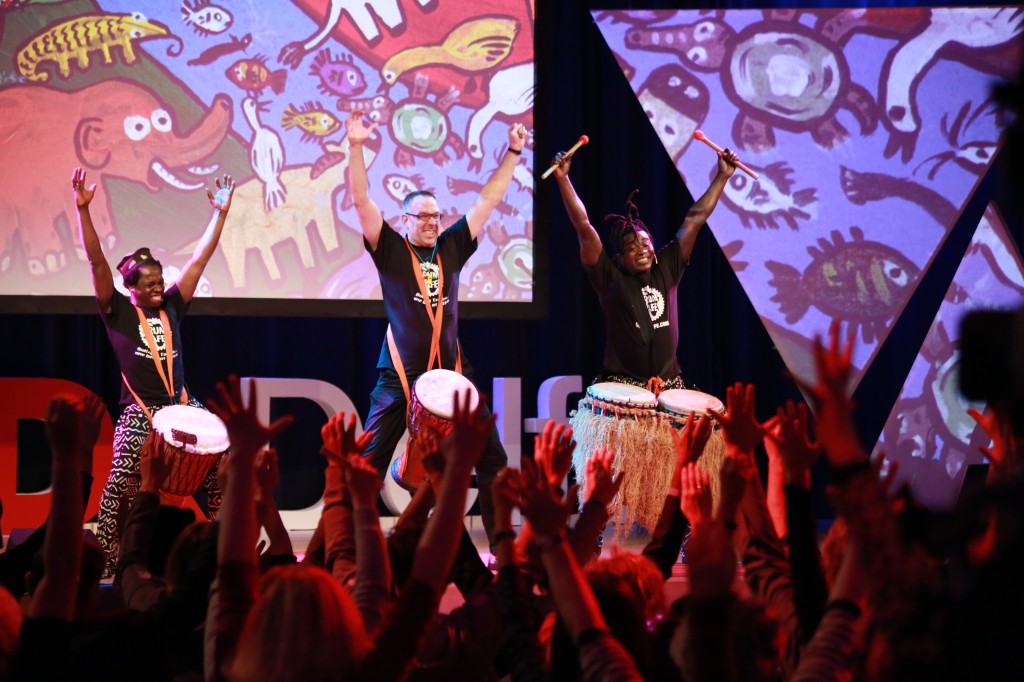 There were reportedly some issues with the heating system at the start of the event, but if anyone was still feeling cold after the performance of Drum Cafe, it was not for lack of trying by the band. Drum Cafe had the audience clapping, drumming, shouting and shaking to their hearts’ content. Stretching exercises were also included, and you were even encouraged to drum an ‘African massage’ on your neighbour’s shoulders. ‘To give every participant a new form of energy’ was their promise, and it certainly worked.

Drum Cafe has been whipping up audiences all over the world since 1996, during conferences, but also at corporate events. According to Drum Cafe, drumming is the most effective team building activity. That may just be true. Drumming seems to be hardwired in our systems. Melodies and songs can evoke all kinds of emotions, but drums go straight to the heart and make you want to move along.

And move the audience did, as much as their seats allowed. The front rows even had their own drum sticks to add to the mix of rhythms. The guys from Drum Cafe directed, encouraged and finally thanked the audience. “Today you were the orchestra, so applaud yourself.”