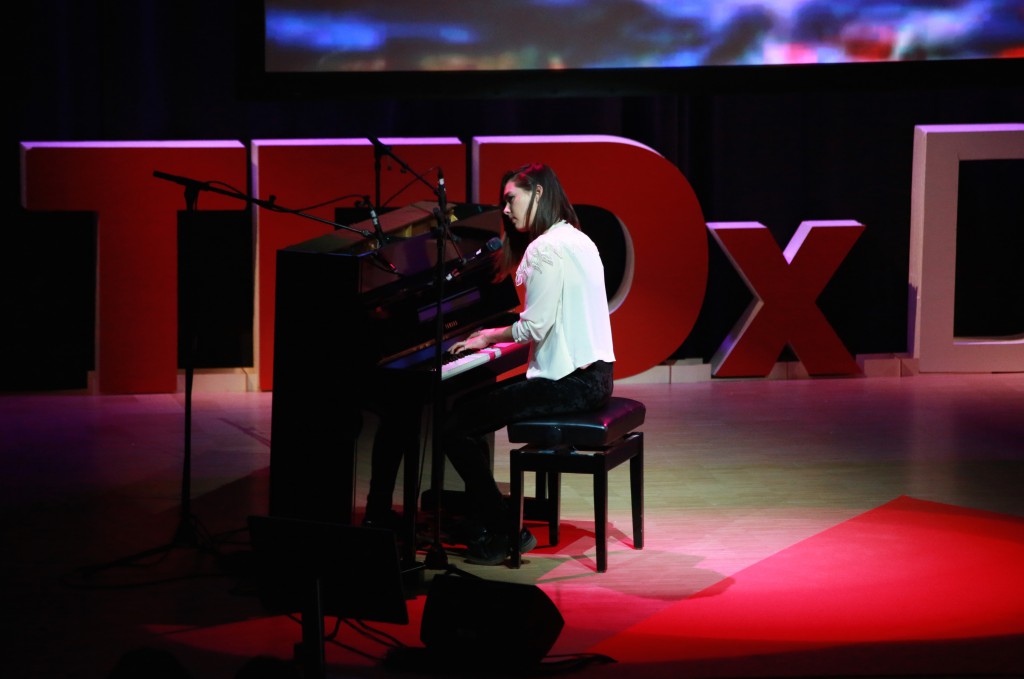 Being born in a musical family, it is no wonder that Hilda Ruijs started playing musical instruments at a young age. Her musical skills range from playing the violin, guitar and piano, to singing classical music and composing her own songs. Today, the BN DeStem Culture Award finalist was invited to showcase her composition during TEDxDelft 2015.

Here is an excerpt of Hilda’s personal favourite song Ghosts, which she played today:

“The ghosts are back in townSinging ther own happy ever after songCan you hear them singing?”

“The music I played just now was composed for a friend of mine to show that so-called ghost -feelings either negative or positive, but purest in its form- may come and go. It is up to you how you take them,” Ruijs says. Some would describe her beautiful piece as enigmatic and cryptic to listen to.

Although she is a music lover, Ruijs also uses her creativity in another spectrum: the sciences. ”Music is math isn’t it?” This a testament to her fondness towards both. Today, she uses her creativity in the field of Industrial Design Engineering, as a student at TU Delft. There, she is managing well to combine her technical workload with aspirations in her field of creativity. One day, she hopes that she will be able to express herself in both science and her music.