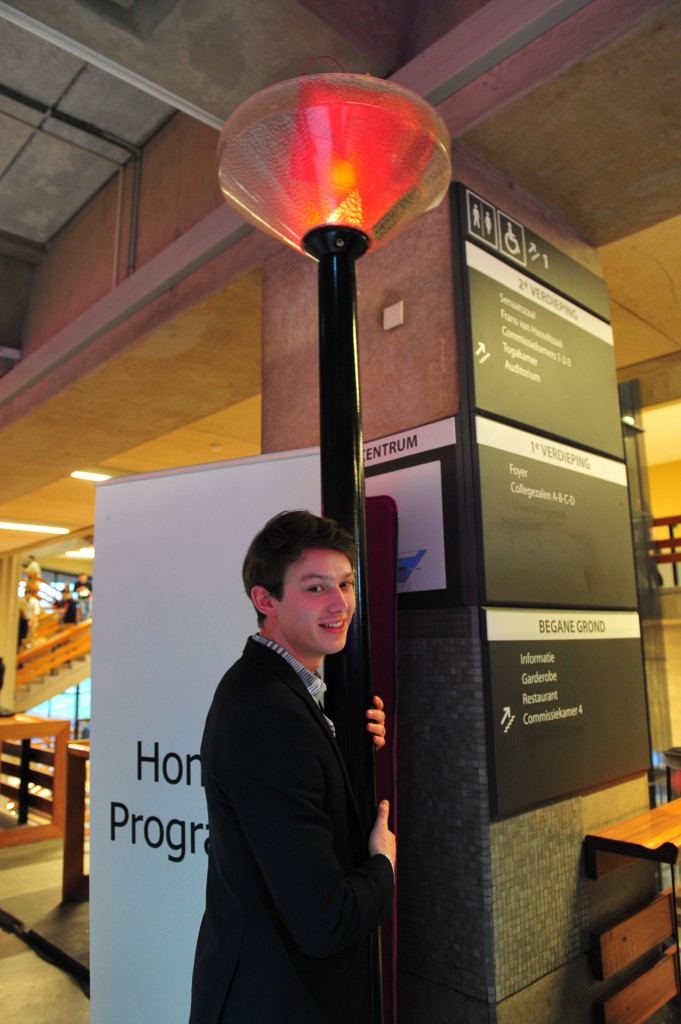 One of the side events at TEDxDelft is Street Light Evolution featuring the so-called ‘Blushing lamp’.“It’s all about focussing attention on everyday objects and the engineers that made them,” says Project leader Koen Fraijman, who is also an Industrial Design student at TU Delft. Which is why he and a group of eleven other students worked for three months on Street Light Evolution, a collaborative project putting the spotlight, as it were, on the streetlight.

Fraijman and his team created a display at the Amsterdam Light Festival, featuring six street lamps from different eras, arranged like flowers in a bouquet. “Each light represented a different technology,” says Fraijman. “The oldest was a replica of the Jan van der Heyden lamp from 1663, which was made of wood and used oil.” The other streetlights in the display represented designs of gas, charcoal, sodium, PLTL and the most recent, LED lamps. The team then converted all the streetlights to LED and used a computer to programme what Fraijman refers to as a “twinkling display”.

And the blushing lamp? Apparently if you stroke it, it tuns red. Like most of us, when you focus your attention on it, it blushes.