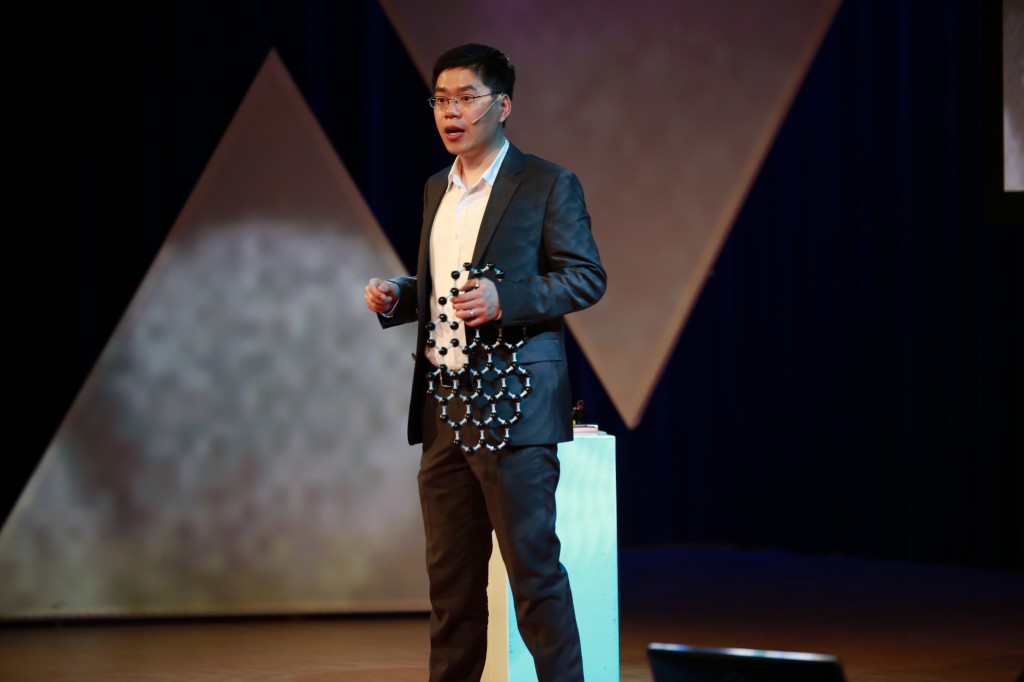 Graphine, a nano-structure, has many different usages.  For instance, imagine a world where you would be able to desalinate water with a tool that can fit in your pocket or windows that can produce power because of it’s conductivity and clarity. Imagine all electronic devices fully charged in 10 minutes or electronic devices embedded in clothing and electronic chips one thousand times faster than current technology can produce. This is only a part of what graphene is capable of doing.

Graphene was first discovered in 2004 by two physicists who took scotch tape to a block of graphite and slowly pealed off the individual layers. With a lot of patience, these physicists were able to produce graphene a nano-structure stronger than a diamond and more conductive than copper.  However, this was only on a very small scale, and with one problem: the materials produced were mostly black, whereas graphene should be clear.

When Zhu pursued his Bachelor’s degree, he became acquainted with this new material and its potential.  Now, working on a PhD  in Graphene Research at TU Delft and with the understanding that there is a lack of development with this material, he set out on a new venture,  designing and constructing a machine that can produce graphene from scratch on a much smaller budget.

With endless hours of work, building and testing his home-built equipment, Zhu successfully produced graphene on cheaper and larger scale. Currently, in order to produce this game-changing material, it requires large and expensive equipment.  The materials engineer was able to design graphene production equipment for 20,000 euros, seven times less than what the current equipment costs.

When asked about his motivation for pursuing such an endeavor, Zhu claims that he wants to do something new that can benefit society and believes that Graphene can change the world and do just that.