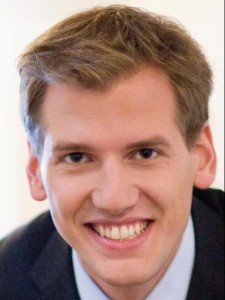 For Pieter Guldemond, there is no doubt that this year’s TEDxDelft event will be a day worth remembering. With an impressive line-up of speakers and talks, the event offers something that will appeal to every visitor in many different ways. “TEDxDelft is a one-day event that you will remember fondly for the rest of the year,” Guldemond says. “There are a lot of interesting things that happen during the event. One speech always sticks out for me, and every time it is a surprise to find out which talk it will be.”

As Secretary of the TEDxDelft Non-profit Organization, Guldemond is primarily focused on ensuring that there are sufficient funds to organize an event each year, which will attract as many visitors as possible. “The main challenge is to find new partners for the event,” he says. Fortunately, it is a situation Guldemond knows very well as Interim Director of TU Delft business incubator YES! Delft. “I was working for the Delft City Council when TEDxDelft was first being organized. As soon as the organization contacted us, I had to know everything about it.”

Guldemond is convinced that this year’s TEDxDelft event is truly worth looking forward to. As a matter of fact, he compares each event to opening a pile of presents and discovering what is inside. Indeed, visitors will undoubtedly cherish these gifts for a long time to come.

I’m the secretary of the TEDxDelft board. It is my main task to take care of sufficient subsidies to organize a stunning TEDxDelft.

When I was alderman in the city of Delft I heard rumors about a man who had the license to organize a TEDx event in Delft. As I was a big fan of TED.com for some years, I immediately searched for this man and met Rob Speekenbrink. That was the beginning of a fruitful cooperation between the city of Delft and TU Delft. Eventually we managed to organize the first TEDxDelft in 2011.

How long have you been a part of the TEDxDelft Team?

I was involved from the very beginning, but I joined the board in June 2014.

Jett Rebel. I think he is an interesting artist, struggling with his personality. In my opinion artists generally think different than most of the people. It’s very interesting to understand what happens in their heads, like Spinvis did when he was cultural professor at the TU Delft.

I’m a big fan of hummingbirds.

TEDxDelft 2015 Entertainment | Delft Brass | All about the brass TEDxDelft 2015 | Made Possible By | Microsoft | Changing the way people work...
Scroll to top