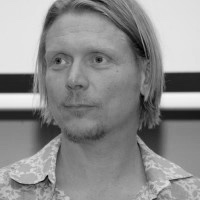 Men must contribute to the emancipation of women and this is good for men themselves too. This is the core of what Jens van Tricht calls “Mannenemancipatie” (Men’s Emancipation). As an idealist, gender equality advocate and pioneer in the field of Men and Masculinity, Van Tricht believes in the need to create a better world and works towards generating positive masculinities.

“The oppositional and mutually exclusive concepts we have of masculinity and femininity, to a large extent, co-create the world as it is,” Van Tricht claims. “Although men draw a certain ‘patriarchal dividend’ from their privileged positions, this comes at a cost. Not just for men themselves, but for all of us. We need to help make men more human in order to make men a part of the solution for the problems we encounter, both personally and politically.”

Having obtained his Masters degree in Women’s Studies from the University of Amsterdam, Van Tricht has been involved in a number of different initiatives that focus on the personal growth and development of men. “I have been working on the topic of men and feminism for 25 years, exploring it in very personal ways as well as academically, as a political activist and as a professional trainer and coach,” the idealist shares. “Feminism opened my eyes to the fact that many things that we all want to improve are in fact closely related to the roles we learn to perform as men and women. Feminism made the personal political in a very intimate way.”

At the upcoming TEDxDelftWomen event, Van Tricht justifies the need to transform our ideas about masculinity in order to offer boys and men new roles and perspectives in dealing with the challenges of gender relations in the 21st century. When asked about the personal significance of this year’s theme, the idealist maintains that authenticity is exactly what his talk is all about. “As human beings, we are obstructed in our authenticity by the limiting and destructive concepts of ‘men’ and ‘women’ in relation to ‘masculinity’ and ‘femininity’,” he says. “We spend enormous amounts of time, energy and money on solving a wide range of personal, social and political problems, while absolutely ignoring the huge elephant in the room.”