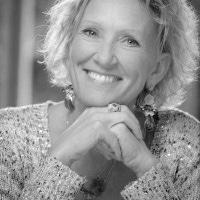 “It is time to step up to the plate and let our voices be heard,” says Simone Filippini. “Women make up for 52{95388bbb2e9df0f2b3d26445fc24fe82185b1b567dbb094bc3a45074083d0a2b} of the world population and they shouldn’t let others dictate their lives.” Indeed, Filippini finds it important that women claim their position in the public space, which is where their empowerment lies.

As the president of Dutch development aid organization Cordaid and having served as a diplomat for 25 years, Filippini is confronted with the many hardships people face all over the world. “The world is on fire!” she exclaims. There is determination in her voice when she says that she’s fed up with it. Despite the world’s insurmountable problems, Filippini believes that we all have a responsibility to change it for the better. And we can, everyone of us.

At the upcoming TEDxDelftWomen event, Filippini will enlighten us on how to take that responsibility as individuals. To be one of the speakers at this inaugural women’s event is an honour for her and she is excited to take part in it. As a fan of TED and its many talks, Filippini hopes she can live up to the audience’s expectations.

When asked about this year’s theme, Filippini defines authenticity as being true to yourself by stepping up and acting on your beliefs with sincerity and integrity, to face whatever hardship there is in front of you with your chin up, instead of backing down just because that is more comfortable. “When the going gets tough, the tough get going” she says. “Fight the battle by taking action. That is my personal drive.”

TEDxDelftWomen 2015 | Made Possible By | Subatomic TEDxDelftWomen 2015 Speaker | Noa Brume | Ropes of Hope
Scroll to top
We use cookies to ensure that we give you the best experience on our website. If you continue to use this site we will assume that you are happy with it. OkRead more