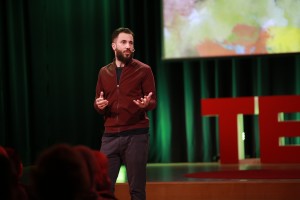 “For as long as I can remember, I believed that confidence was the answer to everything. The lure of it was irresistible,” said Rowland Manthorpe, journalist. He decided to write a book on the philosophy of it. However, he lost his own confidence in this long process and has since come to believe that “confidence is seriously flawed as a goal.”

After attaining a bachelor’s degree in history at Cambridge University, Manthorpe enrolled at the London School of Economics. Completing his master’s studies on political theory, he became a freelance journalist. Confidence has fascinated him since his studies: “You notice things more when they are gone, and how crucial they can be.” The main source of inspiration for his own view on it: the writings of Friedrich Nietzsche.

Confidence connects to all aspects of daily life such as money and gender. Nietzsche’s bottom line was about the need for self-expression and creativity. He himself was a very lonely person, his success not being recognized during his lifetime. In current society we are drawn to the dream of confidence. “We are all Nietzschians now,” said Manthorpe. If we make a goal out of achieving confidence, we approach everything in life individualistically. It can lead to loneliness, heartlessness and instability, and thus unhappiness.

Instead of doing it by himself, he wrote the book together with his wife. It was no longer something he achieved on his own, but it still became a reality. Finally, Manthorpe discovered the truth about confidence: “It is a game with no end. The only way to win, is not to play.” 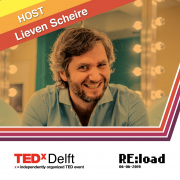 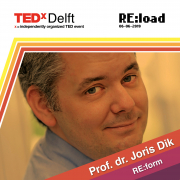