For most of his career De Vries has had strong ties with marketing and communication, beginning with obtaining his bachelor’s degree in this field. After attaining his diploma he became an account manager for a printing company, but after a couple of years he went back to the field of communication and public relations. His main focus was to help various brands garner more awareness, and even founded his own agency. He currently works for Google, and has founded a new company called 7 Day Recharge.

De Vries searched for the antidote after almost suffering from a burnout himself. His company had not managed to survive the economic crisis, and though he managed to close it without debt, he felt like he was indebted to himself. He found the antidote to be composed of three elements: “Energy, focus and happiness.”

“Use your energy to focus on one thing, something that makes you happy,” he said. De Vries tried various methods to help get more energy and stay better focussed through a combination of healthy nutrition, yoga and mindfulness. He settled on a series of good practices, healthy breakfast, regular breaks and no electronic appliances after 9 pm. By balancing these three elements and taking care of himself, he had more energy and better focus. Soon he found himself reinvigorated. “And I am still a workaholic.” 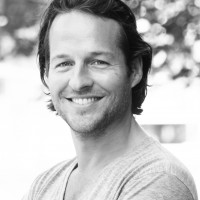 With the advent of modern-day technology, work can appear to be even more pervasive. New e-mails which continuously pop up and mobile phones mean being constantly reachable for colleagues. Hidde de Vries, founder of 7 Day Recharge, thinks it is time to make the most out of life again.

De Vries earned a Bachelor’s degree in Marketing and Communication, before starting out as an account manager for a printing company. After a few years, he turned back to communications and public relations, helping brands grow further and eventually co-founding his marketing group. At present, he works for Google Netherlands, in addition to his work for 7 Day Recharge.

Dealing with modern-day business challenges is therefore something de Vries is very familiar with. It is an idea he came up with due to his own struggles. “It started with myself almost having a burnout several years ago,” he explains. De Vries is convinced his experience from this part of his life will help other people prevent it.

“It gives people an easy framework on how to increase their performance over time and to make the most of their lives,” he says. Through the programme he created it is his goal to help people find their balance again in life and at the same time optimize their productivity. It is an idea he is keen to share on the TEDxDelft stage.

Curious to hear how Hidde de Vries thinks he can help you make the most of your life? Then come join us for the next TEDxDelft salon on Sunday 20 March at Theater de Veste.