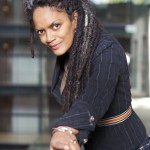 Aldith is a global freestyle multimedia journalist with over 25 years of experience in Dutch mainstream media. She is the child of many cultures, and a perfect fit for Delft with its large international community around the Delft University of Technology. Because of her father’s job, she lived in Suriname, Malaysia, Brazil and Tunisia. Nowadays, she lives part-time on Jamaica and infuses her speaking with some Caribbean spontaneity. 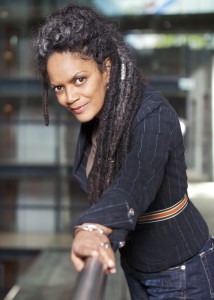 After a career as a radio presenter, in which her talent for hosting talks and asking razor-sharp questions were not left unnoticed, she made the switch to television in 1993. From 1994 to 2000 she worked as a presenter and reporter for the Children’s News (NOS Jeugdjournaal). Later on, she became a reporter and news anchor for the regular news – a familiar face on Dutch television. After founding her own company Hunk-arT she diversified herself and used her talents to work as a presenter, day chair, moderator and media coach.

Aldith gained experience as a TEDx host at TEDxMaastricht 2011. She started the day by engaging the audience in the morning after a long trip to the southernmost tip of the Netherlands. In her introduction, she transforms into a dread-locked ray of light, going to the core of the issue and then adding a personal note to her introduction.

Performer, reporter, presenter – Aldith is a multifaceted personality. Expression sparks off her, her face radiates and she tells a story with her entire body and soul in a crystal clear language. She captivates your attention and leaves your thrilled. Her direct, yet rich presentation style is rooted in her many years of experience in crafting messages for children.

You can watch her introduction to TEDxMaastricht 2011 here:

Are you ready to take a trip down memory lane, back to your days of watching the Children’s News, forgetting everything that made you grow up and have Aldith guide you along our performers? We hope to see you in Delft on October 5th!