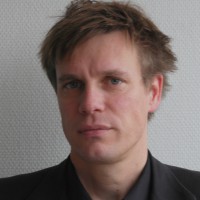 His professional career started off within the same university as a research assistant in 1995. In 1999, Schmehl became consultant engineer in Los Angeles, CA, USA and in 2002 he started a post-doctoral research fellowship at the European Space Agency, the Netherlands. In this function, he was involved in the accident analysis of the Ariane 5 upper stage propulsion system.

In 2005, Schmehl accepted a position as software architect at TNO Automotive Safety Solutions, in Delft, where he was responsible for the Computational Fluid Dynamics module of the MADYMO crash simulation solver. In 2009, he started as associate professor at the chair of Prof. Ockels. At the Institute for Applied Sustainable Science, Engineering and Technology he is the head of the Kite Power research group and also supervises an ocean wave energy project.

Due to his various past professional activities, Schmehl is experienced in leading large multi-disciplinary technology development projects. At the Faculty of Aerospace Engineering, he is teaching the courses “Kite Power Generation” and “Wind Power” which are both part of the MSc track “Aerodynamics and Wind Energy”. Schmehl is the author of more than 35 scientific publications.