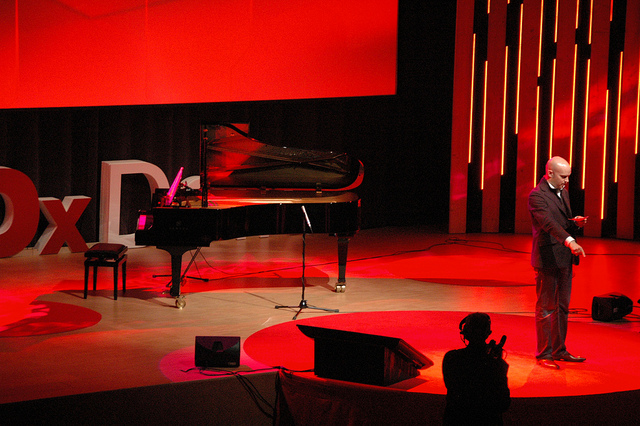 Opera, for example, is art where creativity and technology are combined optimally. Therefore it’s no surprise Floris Visser delivers this TedTalk. He teaches the master class: Deus ex machina at the University of Delft; he is both an opera director as a cultural professor at the University of Delft this fall. His previously produced operas have been very well received and he is now working on a production of ‘Carmen’ with the Delftsche Opera Compagnie and the Technical University.

‘Deus ex machina’ is his theme at first: God from the machine. This makes sense of course, as it is one of the classic and most famous phenomenon on stage. As Floris points out musical performances like opera and such would not be what they are today without the progress that’s been made in science and technology. “Designs make work for the stage directors easier.”  Machines make Gods From Machines possible!

But then the theme changes as Floris speaks about his nephew, who not only builds the plane after he has seen one but also acts with it: Flying it around the living room, making airplane sounds. Now Floris explains, we are ‘Deus et Machina’. The God and the Machine. As we create, we also act with it. Floris encourages his students, but also his audience to hold onto this idea.

Floris addresses the ‘Never Grow Up’ theme of today by musing over the creativity, curiosity and shamelessness of children, and that this is not only needed in art but also in science. Truer words have never been spoken. 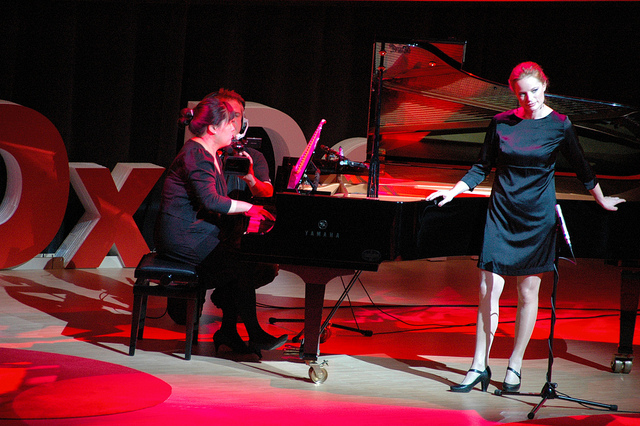 Floris ends his talk by welcoming the opera singer Anna Traub on stage, and she gives me a beautiful performance of Près des remparts de Séville. This only adds to Floris underlying message. Breathtaking music deserves to be in the most beautiful setting; for that to happen a magical mix of art, science and technology provides the best results.