When it comes to changing behaviour, advertising agencies generally do a bad job. Designers are masters of manipulation. And once we know this, we can start manipulating this planet into a better place. Says Tom de Bruyne, Belgian, psychologist and ‘advertsing guy’ as he puts it himself. Why designers eat advertising people for breakfast

As founder of advertising agency SUE Amsterdam, that wants to become an international creative agency for the digital era. With clients like KLM and Nike, he is not doing 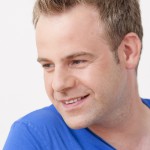 too bad for himself. He directed the concept and strategy of award winning digital and cross-media campaigns. Nevertheless he is convinced that communication doesn’t serve changing behaviour and that designers eat advertising people for breakfast in this perspective.

“My job”, De Bruyne says, “is to persuade people to buy things. That is the bad part. But we can also use the same techniques to get people to stop smoking or start running. That is the good part.” Then he explains how important it is to think in a different way than the traditional advertising agencies do. He gives the example of pick-up artist Neil Strauss. Rule number one for pick-up artists is: don’t try to seduce the lady you are aiming at, but ignore her. Instead seduce the people around her and slowly work your way to your hidden goal. Seducing means carefully designing behavior.

To illustrate this, he explains what SUE did with the website Medi plaza. De Bruyne: “People who buy prescription drugs like Viagra without a prescription on the internet, cannot be convinced of the fact that they will probably buy fake drugs, which is dangerous. If you confront them with it, they will answer: ‘Yeah, yeah, I know. But they won’t stop doing it. With Medi plaza we found a way to change their behavior.”

Medi plaza was a very well, seductive designed website with excellent SEO characteristics, the site landed in the top-3 on the search engines. It became a great success, it seduces lots of clients. But the moment they wanted to place their order, the website explained in a video that they were fooled. “It scared the shit out of them and a lot of them learned their lesson. Which proves exactly my point: we can use seductive design for noble goals and shape this world into a better place.”