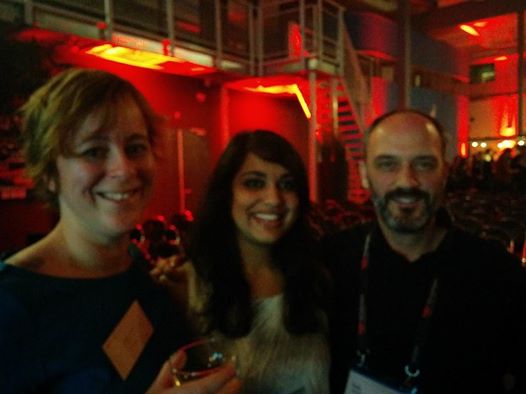 Earlier this evening, eight students from TU Delft presented their inspirational ideas at the TEDxDelft Award, an event organized in association with YES! Delft Students. A jury panel, which included Rector Karel Luyben, voted for the best speaker of the night.

Indian student Mileha Soneji’s won the jury award and the audience poll for her simple yet powerful staircase solution to make things easier for those suffering from Parkinson’s Disease. Empathy, said Soneji, can often lead to ideas that make lives better. She will now be one of the speakers at the main TEDxDelft 2015 event on February 27.

Improving lives is the goal of the other speakers as well. Dorine Dulves is working on a way to make buildings safer and Sander Hulsman wants to use unmanned flight vehicles for better search and rescue ops. Gautham Ram showed us why sand can be the solution for everything, while Giuseppe Coreale thinks plasma is the way forward. Marco Galli’s DIY-home is a novel idea for temporary shelters in crisis hit areas while Devin Malone’s one night tent is a step forward for sustainability.

Hosted at the YES Delft facility, the presentation area was designed to be reminiscent of a flight and airport lounge. There were in-flight references and jokes in keeping with the theme of the night. A choir, a poet and a band also performed.

The People Behind TEDXDelft | Iris Kramer | Spreading Happiness TEDxDelft 2015 Speakers | Alec Momont | Using technology for the greater go...
Scroll to top
We use cookies to ensure that we give you the best experience on our website. If you continue to use this site we will assume that you are happy with it. OkRead more