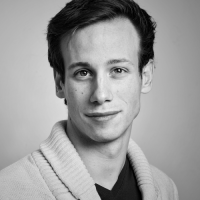 Use technology for the greater good of mankind. That’s the rule product designer Alec Momont lives by. Momont recently made international headlines for his defibrillator-fitted ambulance drones that can substantially increase the chances of a person’s survival after a cardiac arrest. The design was made as part of Momont’s thesis project during his MSc at TU Delft. He scored a perfect 10 for it.

“I started grad school with the idea that I wanted to change the perception of drones. I have been fascinated by flight ever since I can remember, and I always felt that there had to be a better use for this technology,” said Momont.

A few years ago, one of his neighbours had a cardiac arrest while out for a walk. He was too far for an ambulance to reach him in time. “When I realized that things would have been so different if he could have received medical attention in time, it got me thinking of an ambulance drone with a defibrillator.” While working on his thesis Momont was hospitalised a few times for a knee-surgery. That gave him a chance to observe hospitals, interact with doctors and get a sense of their needs.

Originally from Leuven, Belgium, Momont moved to Delft a couple of years ago to study product design. “There is a lot of great technology in the world, but having that is one thing, I wanted to learn how that can be leveraged to make lives better.”

That, for Momont, is the most important aspect of any innovation: “It should serve society.”

An avid TED follower, he says he’s watched over 500 videos. How To Make Tough Choice by Rutgers University philosophy professor Ruth Chang is one of his favourite talks.