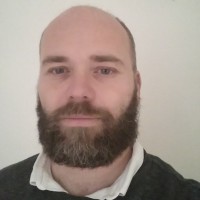 “Math is an important element of human culture,” says Dr. Gerardo Soto y Koelemeijer. Culture and math may sound like a collision of worlds, but Koelemeijer believes they complement each other.

And he would know. Having completed his PhD in mathematics at TU Delft, he also studied literature and cultural studies. A published author of historical fiction, he is now working on a book with stories about math and is also researching another historical subject. All this alongside his day job as a math teacher at a secondary school in Haarlem.

Does his varied knowledge base make him a better teacher? “Yes. The more you know, the more you can improvise and motivate students. Mathematics is not a discipline that stands on its own. It has many similarities and connections with other disciplines. Some people consider math an art. I think it is an important element of human culture.”

Inspired by people with great knowledge, it is no surprise that Koelemeijer offers his students a chance to learn something more.“I sometimes tell students about the history of mathematics or about books that I read. Last year I gave a philosophy course and last period I spoke about linguistics.”

Soto y Koelemeijer believes that his work as a mathematician and as a novelist has differences and similarities but people often focus only on the differences. “The focus on language and logic is a similarity and in both disciplines structure and beauty is very important. An elegant mathematical proof can be considered as a poem. Furthermore, creativity is in both cases a keyword.”

His talk at TEDxDelft will explore how to change math education and make it more engaging. “I think that telling stories can be very helpful for students, especially for those who are bad at math. I’m going to tell a story about a specific and complex concept in mathematics and I hope that everybody will understand my talk.”

Soto y Koelemeijer is no stranger to telling a complex story in a gripping format. His novels Armelia and De Gestolen Kinderen (The Stolen Children) explore tragic and dark periods in Spanish history.“Both my books were about Spain, about the Civil War and about the Franco era. I think it is a relatively unknown period of history in the Netherlands.”

Given his Spanish heritage (his father is Spanish) Soto y Koelemeijer has always enjoyed reading about the heritage and history of Spain. When he came across a news story about children who had been abducted from Republican parents by Francoists, he knew that was a story that needed to be told.

As an educator, his favorite TED talks are about education. Here are some he recommends.