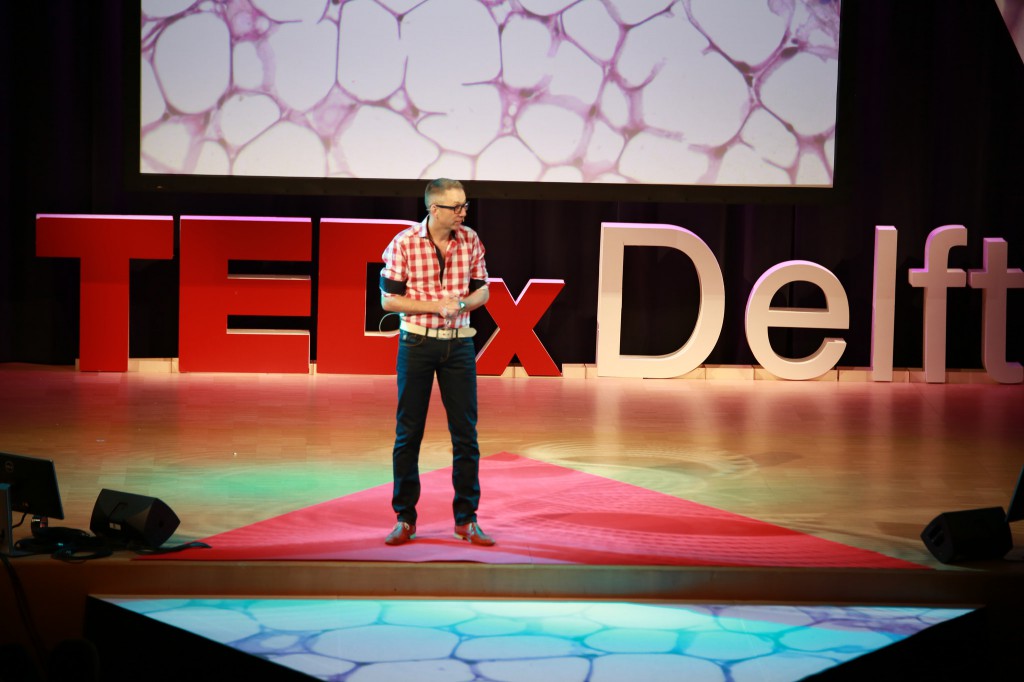 “I want you to understand that it is good to feel chilly,” Patrick Rensen says. Though there are different ways to burn calories, Rensen argues there is a fairly straightforward way to achieve this: lower the room temperature.

After having studied biopharmaceutical science Rensen became a Professor of Endocrinology at Leiden University Medical Center. Here he does research into the effects sugar and fat metabolism have on heart disease and diabetes. A recent discovery that brown fat is present in adults as well made Rensen, chairman of the Netherlands Lipoprotein Club, decide to find out more.

“Fifty percent of the adults in the Netherlands are overweight, in the United States seventy-five percent are overweight” Rensen explains, which in turn can lead to obesity. Body weight is determined by the amount of calorie intake versus burning it. If someone eats more than he or she burns, that person is gaining weight. People take all sorts of measures to shed more calories, like sports or even geriatric surgery. However burning brown fat, Rensen argues, might be just as effective and all it requires is to lower the thermostat.

Until five years ago, it was only thought to be found in babies and infants who have a large surface area but underdeveloped muscles meaning they cannot shiver when they are cold. Brown fat is a way for the body to regulate its temperature. When the body temperature becomes too low, the brain sends out a signal to burn brown fat so that the body maintains the correct temperature. It is a process which is automatically regulated by the body and all it requires is lowering the temperature in the room. “You are losing ten milligrams of weight per minute, simply by sitting on the couch with a lowered room temperature,” Rensen says. “Think of brown fat and what it can do for you, let it be your calorie killer.”