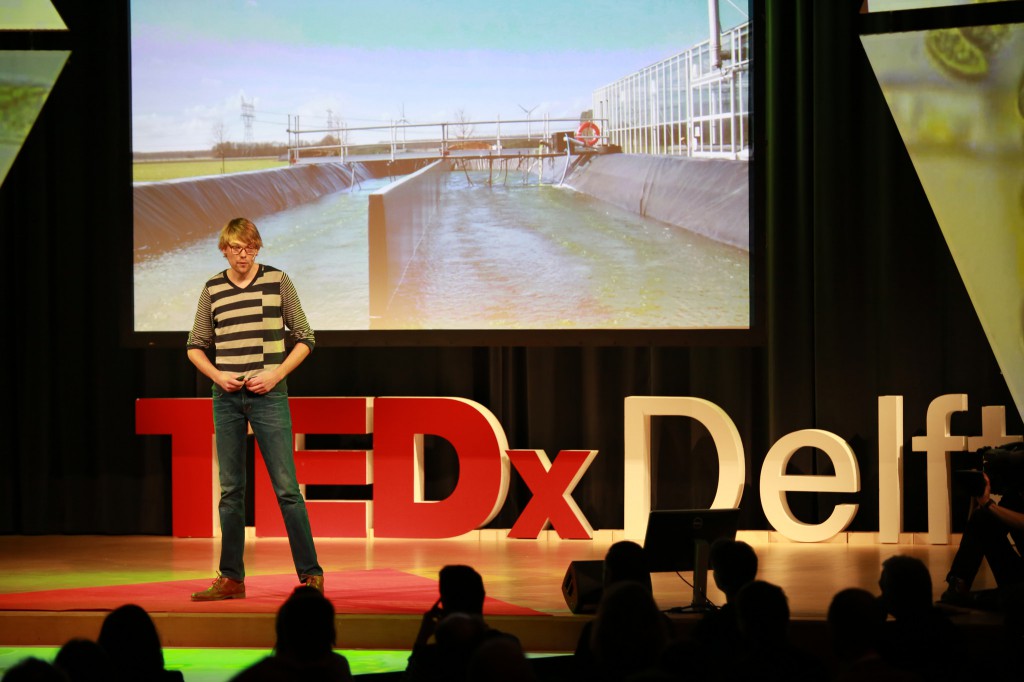 “Every breath you take, half the oxygen you exhale was produced by micro algae,” say Peter Mooij. He calls them global players, who have been here before all of us and even before the dinosaurs. “And all this time they have been engaging in photosynthesis. In fact, without them, we would not be here. Because alive, they produce oxygen, but dead algae are converted into fossil fuels.”

Mooij loves to talk about his work. Being a young scientist himself, he hopes to inspire other young people to take up a career in science too. It is safe to say, algae is Peter Mooij’s life. His favourite colour is algae green, he lists algae as his pets – millions of them – and, most importantly, he researches algae at the Environmental Biology Department at TU Delft.

Here, he is trying to find the perfect algae that will, once again, produce fuels for us, though this time, while still alive. Because fossil fuel reserves are declining, we need a solution. And in the case of algae, fat is definitely beautiful. ‘The more we can squeeze out of them, the less you need,” Mooij says “The fatter, the better.” The problem is how to create them on a large scale. “Rather than focussing on a type of algae, we focus on a characteristic, and by creating a select environment we can keep that characteristic in.”

And that environment happens to be one of starvation. “Micro algae will produce fat in times of plenty. Then if you starve them, the fat algae will feel right at home. We call it survival in the fattest,” Mooij explains.

But how do you cultivate them on a large scale? “The algae you carefully select in a lab, we be outcompeted by others in a larger environment.” So Mooij asks the audience to send him water samples from all over the world, containing all different kinds of algae. “Together we can beat Shell,” he concludes. Or join them, because he aims to take over Shell in a number of years.