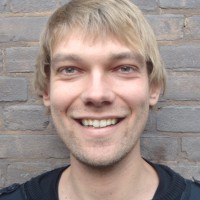 In an online profile, Peter Mooij says he has millions of algae as pets. His favorite color is algae green and he believes that understanding algae might just be the answer to everything.

An environmental biotechnology researcher at TU Delft, Mooij has been studying the phenomena of algae for quite a while. In 2013, he wrote about how algae can be ‘interesting candidates for the large-scale production of biodiesel’.

His talk at TEDxDelft 2015 will also highlight its importance. “I want to explain why microalgae are, by far, the most important organisms on earth and how these tiny green creatures can solve major problems,” he says. Mooij believes that microalgae will play a central role in the future, bio-based economy. “It’s exciting to be part of this development,” he adds.

In 2014, Mooij was among the nine founding members of an initiative called Faces of Science. As part of this project, eighteen young researchers talk about their scientific work, their lives and their passions in a manner that engages a younger audience. “The Faces of Science project shows the opposite is true. For me, the response has meant quite a few interesting questions from the general public and even some tubes with algae.”

Initiatives such as Faces of Science and TED talks are also important to him as they create a platform to share scientific ideas with the public. “I believe scientists are obliged to reach out to the community. There are several reasons for this. Firstly, as scientists we are spending taxpayers’ money, so we should also explain where we spend this on. Secondly, I believe science is vital to Dutch society. We don’t have cheap labor or large reserves of raw material, but we do have a very good education system. Initiatives like Faces of Science or TEDxDelft might convince people to get the best out of our education system. This will benefit the society in the long run.”

Mooij’s pick for a TED talk? “I’d like to recommend the talk of my colleague Gerben Stouten at TEDxAmsterdam: Candy becomes Plastic.”