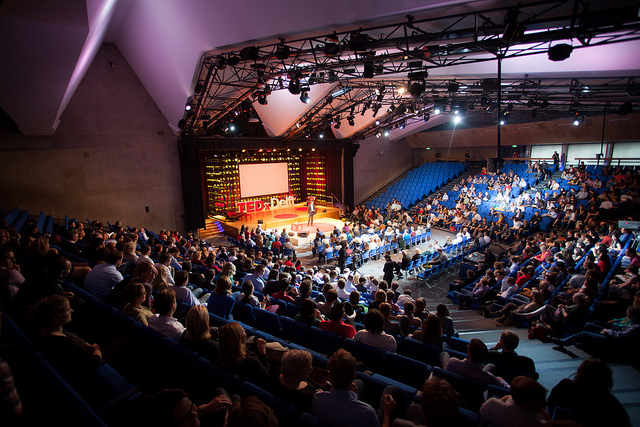 Success is achieved when a team of  highly committed and skilful people devote their time and effort towards a common venture. The TEDxDelft Webcare Team is one such group, working together to make this year’s TEDxDelft event bigger and better than ever. Consisting of a diverse crew of internationals, the team is responsible for TEDxDelft’s online communication, be it via the website or social media.

In order to increase public awareness of the upcoming TEDxDelft event, the webcare team is instrumental in managing the organization’s website content and social media channels. As part of the Marketing and Communications Team, this group of more than twenty enthusiastic volunteers gives the audience something to look forward to by providing relevant information about TEDxDelft, the conference’s impressive line-up of speakers and the individuals and organizations involved in making the event possible.

When asked what is in store for the team during this year’s big event, Online Media Coordinator Molly Quell had this to say: “We announce all of our speakers on the blog. We also announce our side events such as the TEDxDelftSalons. Our audience like a behind-the-scenes look, so we also do interviews with our Core Team and a few other behind-the-scenes pieces. On the day of the event, we live blog the entire event.”

Combining the scope and efficiency of social media along with the skills of webcare team, live blogging during the event ensures that up-to-date information reachers a worldwide audience. In this day and age where social media is easily accessible, Facebook, Twitter, Instagram and LinkedIn are effective tools in keeping the audience in the know, in real time.

“We always talk about ideas and inspiration, but there’s a huge gap between a great idea and the actualisation of it,” says TEDxDelft blogger Damini Purkayastha.“It will be interesting to see how the speakers actually went from A to Z with their concepts without losing heart along the way. From an idea to an actual event watched by thousands, it’s a fascinating, stimulating journey. That alone makes it something worth putting in the hours for.” Unleashing the power of ideas from a community of scientists, designers and thinkers, the webcare team takes the utmost effort in supporting this motto and marching forward.