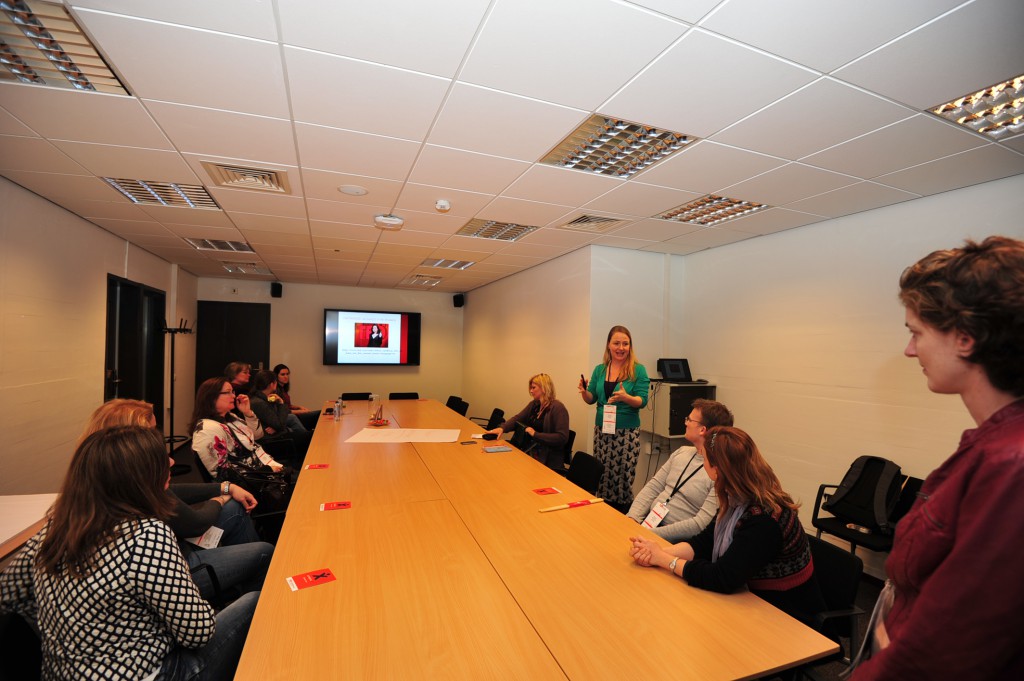 If you’re already getting withdrawal symptoms at the thought of waiting another year for the next TEDxDelft event, don’t panic! There’s another one coming in just three months.

“Feminism has come and gone. Women are finally treated equally, earn the same salaries and get the same opportunities as their male colleagues, and basically, can have it all.” Right? Wrong! Somehow things are not quite there yet and that’s reason enough for the first TEDxDelft Women’s event to be held this May 29, 2015.

“The idea of running a separate TEDxDelft Women event came out of the first women’s circle that we started in Delft last July,” says Manuela Damant, co-founder of the event. “The aim of the circle was to bring together a bunch of awesome women to inspire and support each other, both at work and at home.” This type of mutual support system helps women to feel more confidant in trying to achieve their specific goals.

Right here and now at TEDxDelft 2015, in each of the three breaks, there are women’s workshops. Here people – of both sexes – can discuss such things such as why they think there are still too few women in top positions, what needs to be done to increase those numbers, and how each person can help.

“And yes, all of you men should answer these questions,” says Damant, “as we can only change the status quo when we all together. This is not She against He, this is She WITH He! We need you guys to work with us.”

The theme of this year’s event is authenticity and the team is currently working to organize the venue and the list of speakers. They are also looking for volunteers, so anyone interested can write to molly@tedxdelft.nl.

The event will be ticketed, but it will be held in English and is open to everyone. So join us for the first TEDxDelft Women on May 29, 2015.