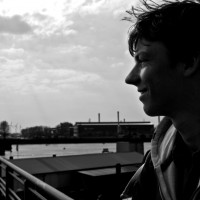 Each summer people flock to music festivals to hear their favorite artists, pitching their tents at nearby camping sites. Wout Kommer, co-founder of KarTent and student, noticed that visitors seemed not to care about their possessions as much once the festival was over. He thinks it is time for people to start caring, and has thought of a way.

Kommer was born and raised in the city of Delft. After graduating from high school he enrolled at TU Delft, where he chose to study Industrial Design Engineering. A true outdoorsman, he has climbed the Alps and organized both a rowing competition and a festival. In addition, together with two friends, Kommer co-founded a new startup aimed at improving the ecological sustainability of festivals. Starting this company has brought him new experiences and insights he is eager to share.

“We noticed that every year festival camping sites have to deal with huge amounts of waste, caused by people who leave their tents behind,” Kommer explains. People appear not to care so much for their possessions, and in addition leaves others the task of having to clean it up. Kommer hopes to change the way people think about their property, which in turn should help the environment. This was precisely the reason why Kommer decided to start up his company one year ago.

“It is important to show how I think better behaviour can be achieved in a fun way, by creating awareness without necessarily pointing out to people what they are doing wrong,” he says. It is an idea Kommer is eager to share on the TEDxDelft salon stage. By sharing his findings, he hopes that people will start rethinking what they own and how it affects the environment.

If you are curious to hear how to help make festivals more ecologically friendly, come join us at the upcoming TEDxDelft salon on Sunday 25 October at 15:00, at Theater de Veste.