The TEDxDelft 2012 event was summarized in one (very) large canvas. Completing the 10-meter-long artwork took the entire day. The process was filmed and the timelapse can be viewed here. The visualisation agency that carried out the job, Jongens van de Tekeningen, suggested the canvas to be sold to the highest bidder. In line with the TED spirit, the total sum was donated to a charity of the buyer’s choice.

A sum of 250 EUR was donated to Women on Wings on behalf of TEDxDelft. Women on Wings will use the funds to create jobs for women in India, helping to break the cycle of poverty. One of the founders Maria van der Heijden did a TEDxDelft talk in 2011: “Creating jobs for 1 milion women” 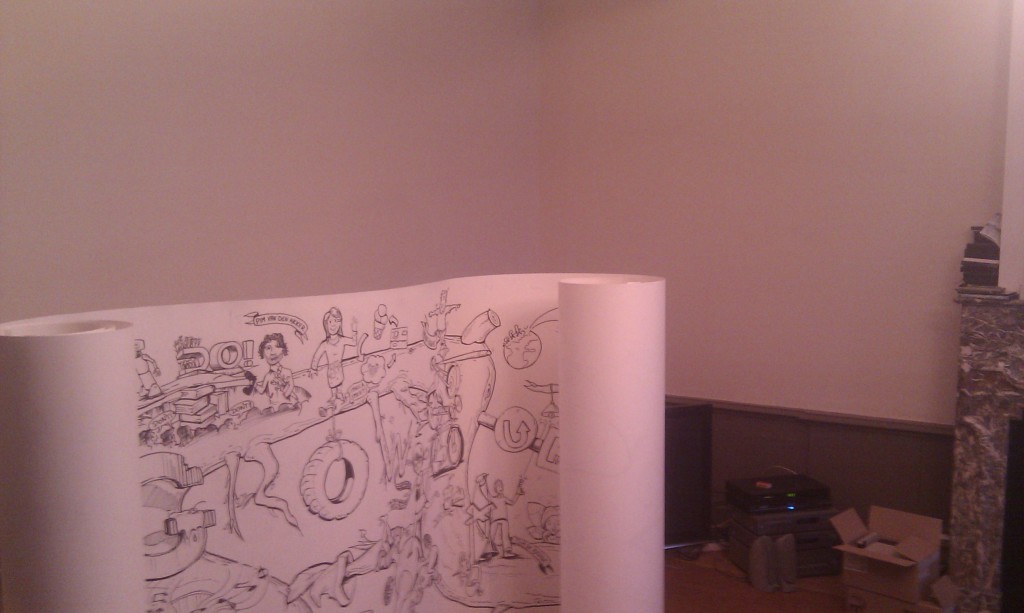 The canvas now covers the walls of the home of Wilfried Claus in Utrecht for the coming period.