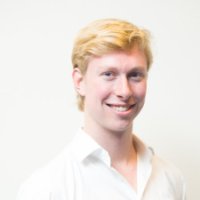 Imagine travelling close to the speed of sound in a small capsule within a tube, while lowering the carbon footprint. It might sound outlandish, but one day this could be the mode of transport. Tim Houter, team leader of the Delft Hyperloop project, is eager to tell all about it.

It was Elon Musk, founder of Tesla, who came up with the Hyperloop Competition. He challenged  people from all over the world to come up with their own design and ideas. Among them was a group of 30 talented TU Delft students, led by Houter. Being a Mechanical Engineering student, he worked for two years on the Formula Student Team of the university. Now, he motivates and steers the ambitious Hyperloop group with one ultimate goal: “Winning this competition.”

They are well underway, having earned entry to the Californian testing site recently. “Transportation is one of the biggest energy consumers of the world. Hyperloop is the next mode of transportation, preferably made in Holland,” says Houter.

TEDxDelft is delighted to invite Houter to the main stage on the 15th of April for a short interview.