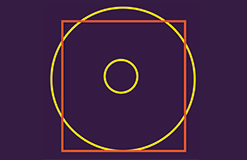 On Thursday 26 May TEDxDelft held its final storytelling event of the season, and to mark the end of the season the theme for this event was ‘new beginnings’. The evening was hosted by Marijn Vissers and Ogutu Muraya.

New beginnings can take shape or form in various ways. For Vissers, it can be first impressions. He recounted the story of how he got the distinctive curl of hair on his head. How, on a dare, his friends shaved all his hair for 100 Dutch guilders, then stopped with only a bit of hair left. For Vissers, it is a great way to see how different cultures react. “It is my cultural gauge,” he explained. In Vietnam, people remained silent even when asked. “In South Africa, a man dropped his groceries from laughter.”

For Muraya, originally from Kenya, a new beginning dawned when he moved to Amsterdam. “It seemed like there were more bicycles than there were human beings,” he said. He decided he wanted to learn how to ride a bike, so he went to a park in Amsterdam with a friend to learn. One day his friend let go of the bike, and Muraya was cycling by himself. But then a corner, a sharp corner. “Brake!” his friend shouted. But he crashed into a group of cycling policemen and women. As they were all picking themselves up again, the policewoman said: “Remember, where you look is where you go.”

Did you enjoy the final storytelling event of the season? Then get ready for the final TEDxDelft event of the 2015-2016 season, on Thursday 16 June. Keep an eye on social media and the blog for more details on what is sure to be a worthwhile sounding off.