You are here: Home1 / News2 / storytelling

Ideas worth spreading. Ted stands for inspiring talks about Technology, Entertainment and Design. The art of inspiration is central to TED. And questions are part of that. How to tell your story? How to inspire your audience? How to speak like a Tedx speaker? During the lead-in to TedxDelft 2018, two workshops will be organized. And everyone is welcome.

The Art of Storytelling
On Thursday, March 1st, the first ever Students Seeking Knowledge Symposium will take place. Central themes are personal development and personal leadership while multiple lectures and workshops throughout the day will help kickstart your personal growth.
TedxDelft will host a storytelling workshop whereby participants will have the opportunity to delve into the art of storytelling and learn about how the telling of stories can enhance your personal journey. More information studentenhebbendorst.nl

How to Pitch an Idea
On Tuesday, March 6th, TedxDelft will organize a workshop called, How to Pitch Ideas. Do you have an idea that will change the world? Do you dream of standing on an official Tedx red carpet and delivering that idea via a Ted talk? This promises to be an awesome evening that takes you through the steps of pitching that idea! The workshop is facilitated by Jonathan Talbott, TedxDelft’s Head of Speaker Coaching.
More information www.tudelft.nl/sc/evenementen

On Thursday 26 May TEDxDelft held its final storytelling event of the season, and to mark the end of the season the theme for this event was ‘new beginnings’. The evening was hosted by Marijn Vissers and Ogutu Muraya.

New beginnings can take shape or form in various ways. For Vissers, it can be first impressions. He recounted the story of how he got the distinctive curl of hair on his head. How, on a dare, his friends shaved all his hair for 100 Dutch guilders, then stopped with only a bit of hair left. For Vissers, it is a great way to see how different cultures react. “It is my cultural gauge,” he explained. In Vietnam, people remained silent even when asked. “In South Africa, a man dropped his groceries from laughter.”

For Muraya, originally from Kenya, a new beginning dawned when he moved to Amsterdam. “It seemed like there were more bicycles than there were human beings,” he said. He decided he wanted to learn how to ride a bike, so he went to a park in Amsterdam with a friend to learn. One day his friend let go of the bike, and Muraya was cycling by himself. But then a corner, a sharp corner. “Brake!” his friend shouted. But he crashed into a group of cycling policemen and women. As they were all picking themselves up again, the policewoman said: “Remember, where you look is where you go.”

Did you enjoy the final storytelling event of the season? Then get ready for the final TEDxDelft event of the 2015-2016 season, on Thursday 16 June. Keep an eye on social media and the blog for more details on what is sure to be a worthwhile sounding off. 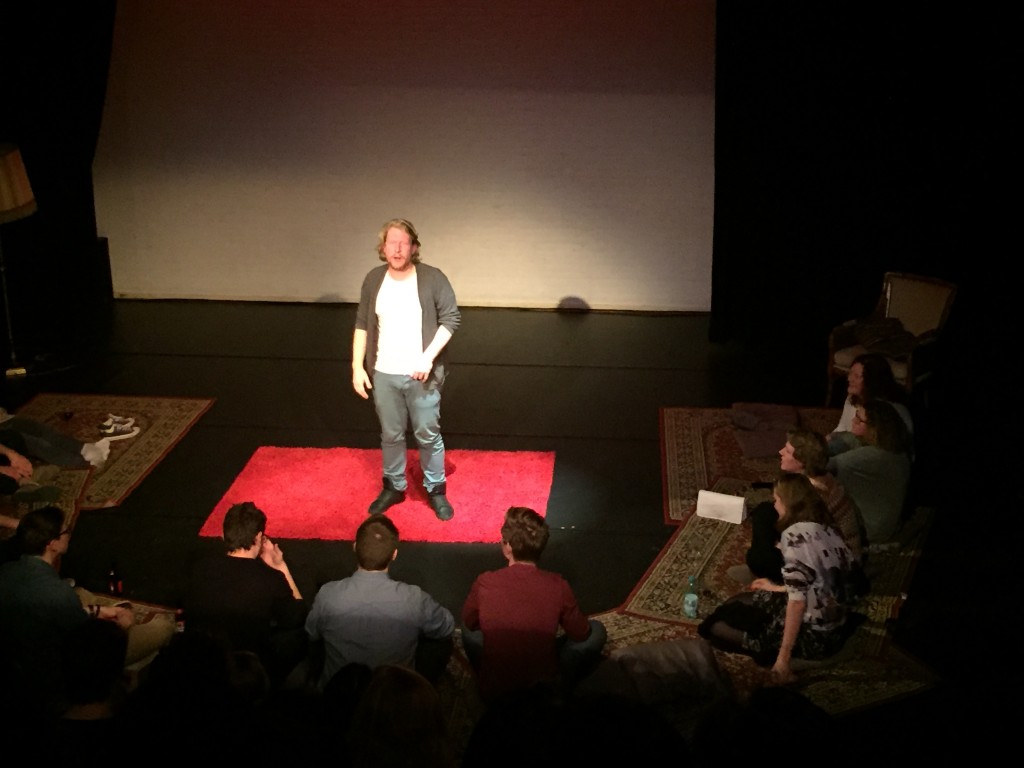 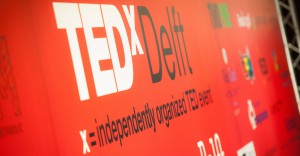 On Thursday 18 February at 20:00 TEDxDelft will host its next storytelling event at the Rietveld Theater. With Valentine’s Day taking place only days before, TEDxDelft Stories will turn the spotlight on those who deserve some loving too: the lonely hearts club.

The event will be held in English and admission is free, so come join us for an evening filled with stories and TEDx videos on matters of the heart.