You are here: Home1 / News2 / TEDxDelftCinema

On Thursday 16 June starting at 19:30 TEDxDelft will host its final event of the 2015-2016 season at the Rietveld Theater with a bang: The Rocky Horror Picture Show.

In true Rocky Horror Picture Show screenings fashion, the staff and audience of TEDxDelft will participate along with the movie to sound off the season. Prepare for a TEDxDelft team like never seen before.

So wear your most outrageous outfits, bring newspapers, toast, bells, and party hats, and join us as we act, sing, and scream our way through an unforgettable evening.

Doors open at 19:00 and admittance is free. Share the event with family and friends, classmates and colleagues and see you on Thursday 16 June.

On Thursday, April 24th TEDxDelft organized its third cinema event, entitled “Vermeer then and now,” to discuss the commercialization of art. “Vermeer is returning to Delft,” TEDxDelft project manager Molly Quell said. “So we wanted to do something about this.”

The event was hosted by Anika Duut van Goor, events coordinator for TEDxDelft, and special guest René Jacobs, an artist from Delft. On March 25th a famous Vermeer painting, Het Straatje (The Little Street) returned to Delft. Jacobs talked in-depth about Vermeer, starting off by talking about his own version of The Little Street, which he called The Rundown Little Street. “When I paint a painting of Vermeer I want to get a message across,” Jacobs says. He draws his inspiration from what he sees in the world he feels is wrong and uses that when he paints. To Jacobs, Vermeer’s paintings have something else to them. “There is something special being done with the colors in his paintings.”

“How did you become an artist, a painter?” Duut asks. Jacobs recounts how he started out as an artist relatively late. “I studied economics, I loved mathematics,” he says. He worked for many years, but eventually started making art. He tried writing at first, though he quickly found out that it was not for him. He took a liking to painting, so much so that he eventually would start his own gallery. “My first painting was of a park in Rotterdam. The customer probably wanting something bright, but it turned out grey and gloomy,” he laughs.

Jacobs is saddened when thinking about the way the paintings are made is changing. Technology continues to evolve, and art follows along. “Nowadays production is very different from what it used to be. Sometimes I do not even see the physical painting anymore,” he says. “I make a design in Photoshop, send it to the customer. They agree, then it goes to a printing-house, and from there to the customer.” So how would an artist know if the painting is any good if the artist does not see his work anymore? “Seeing it in front of you is far more satisfying,” Jacobs concurs. “But it all goes digitally, you do not see it. There is far more distance between you and the work.” When asked if Jacobs sees any similarities between him and Vermeer, there is one, one which exemplifies their love of painting: “The stroke of the brush on the canvas.”

On Friday, April 15th TEDxDelft will host its main event of 2016 at TU Delft. Buy your tickets now, and come celebrate the universal genius.

TEDxDelft is back with its second cinema event on Thursday, January 21 starting at 20:00 at the Rietveld Theather. The theme for this first event of 2016 will be feminism. Get ready for another exciting evening of inspiring TED videos, a great movie and an enthusiastic audience to discuss the topic.

The event will be held in English and admission is free. Spread the word and come join us with your friends and family. We look forward to seeing you on January 21. 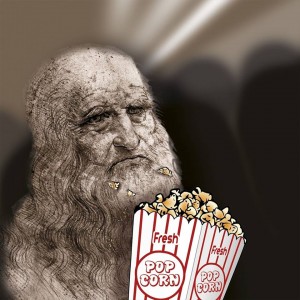 On Thursday 19 November people gathered at the Rietveld Theater to participate in the first TEDxDelft Cinema event. Visitors were warmly greeted by Rachel Richardson, Engagement Coordinator for TEDxDelft, who introduced the evening’s topic of Public Speaking.

This topic was chosen by Caryn ’t Hart de Wijckerslooth, Head Curator, who joined her on stage. She chose this theme because as a communications lecturer she deals with this topic regularly. “[It] is something we all have to do, but fear the most.” But speaking one’s mind is something that everyone should be able to do. Especially since it’s a great way to convey ideas. Something which was illustrated by her first pick for a TEDx talk: Nancy Duarte’s “The secret structure of great talks.”

According to ’t Hart there are a few important elements to keep in mind. A lot of emphasis is put on body language, with studies claiming that 55{95388bbb2e9df0f2b3d26445fc24fe82185b1b567dbb094bc3a45074083d0a2b} or more of a message is conveyed by it. ’t Hart is not quite as certain, however. “You can use your body language wisely, but do not overanalyse it.” She does not think its value can really be quantified, rather it depends on the person. “Do what works well for you,” is her advice.

Public speaking can be a scary thing, and ’t Hart admits even she can still get a bit nervous before starting a presentation. But what is important is to keep going nevertheless. “Do not fight the anxiety, do not worry about errors, just get on with the talk,” she says. You can convey an important message, a powerful message, and everyone deserves to share theirs. “If all people had a chance to tell their story, the world would be a better place.”

On Thursday November 19 at 19:00 TEDxDelft will host its first ever cinema event at the Rietveld Theater. The theme for the event will be public speaking. Come join us for an evening of inspiring TED videos, a good movie, and an audience with interesting thoughts to share on the evening’s topic.

The event will be held in English, and admission is free. Spread the word, invite your friends and family, and we will see you on November 19! 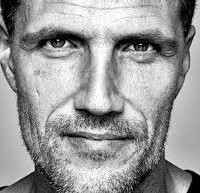 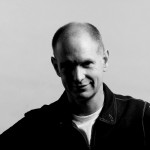 TEDxDelft and Filmhuis Lumen present TEDxDelft Cinema, an evening of watching TED videos in a beautiful cinema in Delft. Each month a guest presents his inspirations and motivations via talks and videos.The evening ends with a surprise movie. The presenter will mainly speak in dutch but the movies are mostly in English.

The first edition of a series TEDxDelftCinema evenings in Filmhuis Lumen was a  big success. In front of a diverse group of movie-lovers,  TEDfans, friends and family, Pieter Guldemond shared in a very moving way personal stories, talked about his family, his life, his personal beliefs and how he deals with being in the spotlights while also maintaining a (busy) social life.

Filmhuis Lumen has a special place in his heart as it is a place where he can truly and completely relax. Once the lights go off he forgets about everything for a while, those are rare moments in his hectic life.

He showed a talk by Bjarke Ingels. The contrast in this talk was interesting. Crazy inspiring creative ideas on the one hand, while presenting on the other hand also a megalomanic idea in Baku.